Get fresh music recommendations delivered to your inbox every Friday.
We've updated our Terms of Use. You can review the changes here.

by Penny Was Right 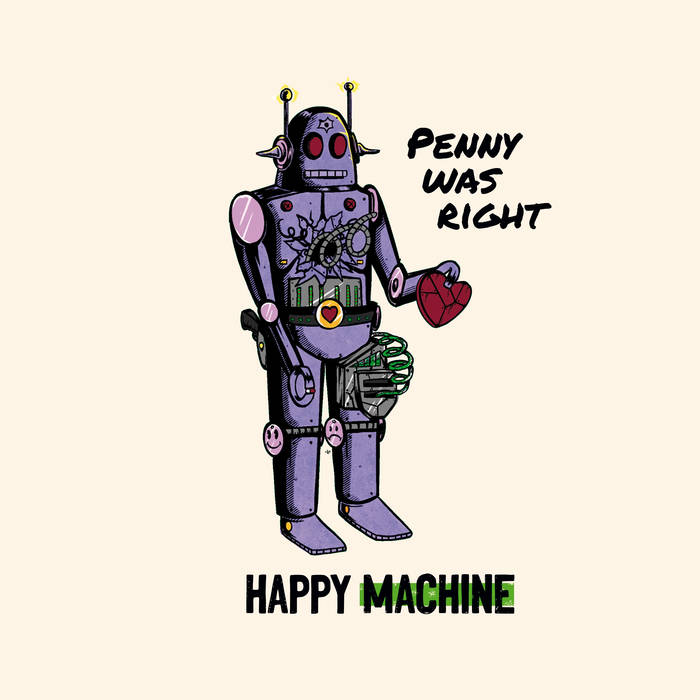 Penny Was Right from Paris deliver an energetic and unpretentious music at the crossroads between Californian (skate) punk rock and pop rock, where singer Dalia's voice particularly stands out.

After two EP's and their 2018 debut album, the new record "Happy Machine" is a more mature production: a raw, less watered down punk rock that moves away from the youthful energy of their first works. Penny Was Right retain their original touch, in that the album emphasises a solid and catchy rhythm, but at the same time unfolds new nuances and intelligent structures. The impressively performed lyrics sometimes deal with quite dark and personal topics, dealing with painful relationships, suicidal thoughts, despair, unfairness and the concept of legacy: all the things that leave their mark on our lives and make us the people we are. Ten tracks whose lyrics are full of double meanings.

Engineered, recorded and mixed by Robin Schneider and Nicolas Wilhelm at We Tailor Sound Studio.
Mastered by Sacha Besson at Tubecult Mastering.

Bandcamp Daily  your guide to the world of Bandcamp